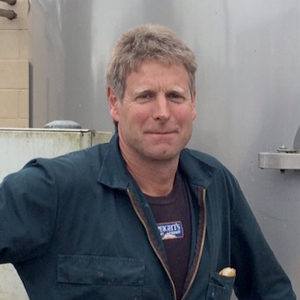 “None of our costs have dropped so you have to farm smarter,” says Dave, “and if you have an in-shed feed system you’re a fool if you don’t use it”.

“When I arrived they were feeding a palm kernel mix and weren’t getting a return from it. I used the Ingham blend which is working well, plus the last couple of seasons have been good and I’ve gotten to know the farm better.

You’ve got to fully feed your stock and you can still make money, depending on your debt loading. Ingham’s meal gives you a return at low payouts. If you went to grass only your cows don’t get the nutrients they need and your farm’s not set up properly when things turn. You can’t take advantage of it.”

Dave acknowledges that grass is the cheapest and that you’ve got to make the best use of it, but that… “it’s about supplementing it with ME, protein and dry matter that the cow needs. You shouldn’t shut the shop on your costs, understock and end up with poor quality feed because you can’t utilise all that good grass.”

“You make money by having healthy animals, then there’s the stock sales as well,” Dave says. “Number one is healthy stock, then everything else falls into place. Last year we had a 7% empty rate and 10% prior to that, that’s a big saving in itself. Our milk fever and other health issues are low and condition score is good.”

Another benefit noted by Dave is that the feed levels can be adjusted as they need to, largely in response to weather conditions.

Topcow Springer is also used to set the cows up to get them to peak earlier and stay there longer. “Last year we calved 1 July and dried off 15 - 20 May, so we enjoyed a longer season,” says Dave.

He also says that it‘s about getting through the tough times in such a manner that the farm is set up.  “You don’t push feed to the max, but we’re in a position where we can always wind it up further in better times.”